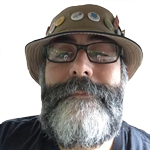 So where are the posts, David? Yes friends, I’ve been a little delinquent in my writing, but inspired today by a post written by the awesome Fabeku, I decided to just show up.

Now I don’t want you to think I’ve been idle in my absence. I’ve actually been putting out a fair amount of content, but it has been of a more whimsical and decidedly visual bent. I’ve been a doodling fiend. If you’re interested you can check out the magic marker output (along with the occasional picture shot on the go from my phone) by visiting my posterous at http://davidscohen.posterous.com.

I’ve been enjoying this resurgence of my creativity, and frankly a little nervous about ramping up the degree to which I show the world my soft and silly side, but the fact is I preach authenticity in branding, and by gum I mean to practice it as well. (and how often do you get to say “by gum”?) I expect that the current flood of doodle inspiration will abate a bit over time, but it has been bottled up for a while and it feels good to let the drawings flow and not get too judgmental about them. I’ve picked some fairly humble materials to work with too: basically I’ve been drawing on 4″ x 6″ blank index cards and mostly using Sharpies, pens and highlighters. Sometimes I’ll use nicer art markers too – the highlighter palette is a bit limited. I keep it all on the desk so I can take my doodle breaks, scan them and tweet them to the world. So far, the world hasn’t complained, and I’m grateful for that.

I’m also cooking up a new website for Equation Arts. It’s not quite done yet, but I think it will be a better expression of who I am. Here’s a hint of things to come:

There will also be a lot of the color orange ( I love orange), and some crossover doodles will make their appearance there as well.

I hope that people who connect with me know that I’m a big believer that we all have something special to offer the world and each other, but sometimes we find ourselves framed in the wrong context – that “something special” ends up hidden, muffled, suppressed – unable to shine. So the new website is for me a shift in context toward something more authentic. I hope you’ll stick with me through the transition. Thanks! And remember…